Bel and Bunna’s are very excited to be able to offer signed copies of Pashmina, a heartfelt young adult graphic novel about an Indian-American teen’s attempt to reconnect with her mother’s homeland through a magical pashmina shawl.

You can order copies online at https://belandbunnas.weebly.com or come into the store!

Priyanka Das has so many unanswered questions: Why did her mother abandon her home in India years ago? What was it like there? And most importantly, who is her father and why did her mom leave him behind? But Pri’s mom avoids these questions — the topic of India is permanently closed.

For Pri, her mother’s homeland can only exist in her imagination. That is until she finds a mysterious pashmina tucked away in a forgotten suitcase. When she wraps herself in it, she is transported to a place more vivid and colorful than any guidebook or Bollywood film. But is this the real India? And what is that shadow lurking in the background? To learn the truth, Pri must travel farther than she’s ever dared and find the family she never knew.

Author Nidhi Chanani was born in Kolkata, India and raised in Southern California. Now living in the Bay Area, she creates illustrations that capture the love in everyday moments. In 2012 she was honored at the White House as a Champion on Change for her art. Her illustrations are sold in boutiques along the West Coast and she’s worked with companies like Disney and Hasbro. Pashmina is her first graphic novel.

“Chanani’s debut graphic novel is a charming blend of fantasy and reality with a feminist twist.” — Washington Post

“In this spectacular debut graphic novel, a young woman searches for  the truths of the past.” — Teen Vogue

“Colorful and deeply personal, Pashmina illuminates the experience of an Indian-American teenager and invites us to contemplate the power of our choices.” ―Gene Luen Yang, national bestselling author of American Born Chinese

“Pashmina is filled to the brim with magic and heart.” ―Victoria Jamieson, author or Roller Girl

“Most impressive is the way Chanani keeps the story’s distinct and fascinating plot elements spinning. One work can’t represent a whole subcontinent, but readers will come away with a living sense of a small part of it―and characters to care about.” ―Publishers Weekly, starred review

“This dazzling blend of realistic fiction and fantasy is perfect for fans of characters who have to overcome obstacles on their way to growing up.” ―School and Library Journal, starred review

“An original graphic novel written and illustrated by an Indian-American creator, this is both a needed contribution and a first-rate adventure tale.” ―Kirkus

“Chanani’s debut is a lively, engaging exploration of culture, heritage, and self-discovery.” ―Booklist 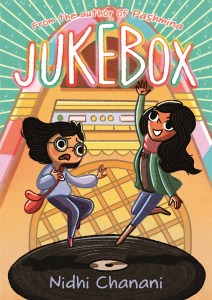 You can order this book at our Online Store

Did you know you can now get your audio books from Bel and Bunna’s Books?! Our bookstore now offers audio books which you can listen to on your iPhone, Android device, or PC. These audio books are available through our partner, Libro.fm, and all sales support our store. Click here to get started!! 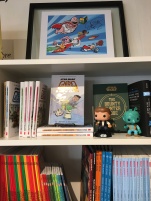 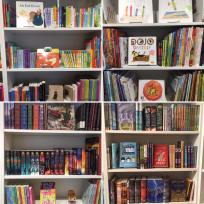 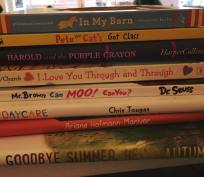